The last CAFIB Expo 2019 with the Grand Final was transferred to the city of Cruzeiro, SP.

Two more “aboriginal” dogs (??? !!!) of OFB type and the Second Great Miscegenation against the Fila Brasileiro.

If the Canário dog were OFB what would be Barão dog ???

Dear friends of Fila Brasileiro (FB) and CAFIB, continuing with our conversations…

Question # 520: Uncle Chico, I heard the city of the CAFIB 2019 Calendar Grand Final has changed, right?

Uncle Chico’s Response:  It’s true. Following two CAFIB international exhibitions next Nov,23rd in Uruguay and Spain, our Club closes the 2019 Calendar Expo in the city of Cruzeiro, SP, where we began the Pure Fila rescue activities in the Paraíba Valley in 1981, ie , 38 years ago. See more details by clicking on

The organization of this Expo has been in charge of our dear Giovani Eder member of CAFIB since 1982. Giovani, owner of Itapuã Kennel, helped to write the History of CAFIB by giving us excellent examples of Pure Fila in both phenotype and temperament, such as for example, Jaguar do Itapuã, Elo do Itapuã, and Fama do Hisama. In addition, he has several times earned the most significant annual CAFIB awards. Five years ago he became a CAFIB Judge. Giovani is undoubtedly an example of a Pure Fila breeder to be followed, especially by those few who believe in the new theory, of the new experience, of a new fad of a new canine type called OFB. Especially if they are dog trainer or Bandog breeders.

Here’s a part of our Giovani’s trophy gallery: 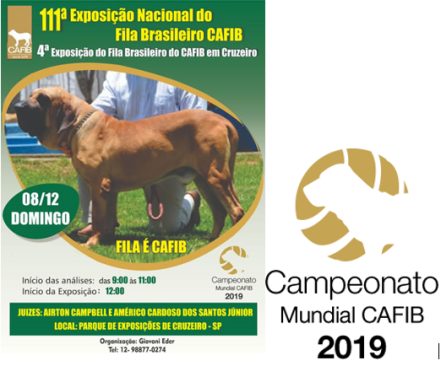 Question # 521: Dear Chico, I was walking last Saturday at the fair that takes place at Rua Diogo Jacome, Vila Nova Conceição, in the city of São Paulo, when I saw two more “aboriginal” dogs (??? !!!) of OFB type. See below:

Please note that fur on the right is extremely rare, over-valued commercially among the Bandog breeders and dog trainers market and has been enhanced by Cleopatra, Nabucodonosor and Gengis Khan, as well as the ancient Assyrians, Greeks and inhabitants of the ancient Iberian Peninsula… Just kidding… Lol… There are only two nice mutts or mongrels that were adopted through Miss Luiza Mell NGO / Institute, which was founded in 2015 and works to rescue injured or at-risk animals and then to recover and adopt them.

Uncle Chico’s Response:  Very nice, very cool this work developed by Miss Mell. But really these two mutts or mongrels, like millions of other mutts or mongrels that inhabit Planet Earth, have a phenotype that closely resembles the OFB. Personally I think it is better to adopt a mutt or mongrel than to buy an OFB. See another “aboriginal” (??? !!!) type dog seen in the city of São Paulo by clicking in English on https://filabrasileirochicopeltierblog.wordpress.com/2019/11/18/post-696-ask-uncle-chico-196-an-excellent-comment-with-a-simple-question-received-about-ofb-mutt-dogs-aboriginal-dogs-and-the-possible-second-great-miscegenation-breed-in-the-fila-bras/

After all, just walk the streets and interiors of every country in the world to bump into pounds and pounds of this type of dog with OFB phenotype. See more mutts o mongrels from various nations of the world with OFB phenotype by clicking in English in

Uncle Chico’s Response:  It is true. But I can say without error that both dogs below would be Reproved in a CAFIB Analyses of Phenotype and Temperament – APT.

Note: as I have always done with all emails sent in the past, this was also sent primarily to those responsible for, FCI + CBKC. More recently also for SOBRACI and WKU. 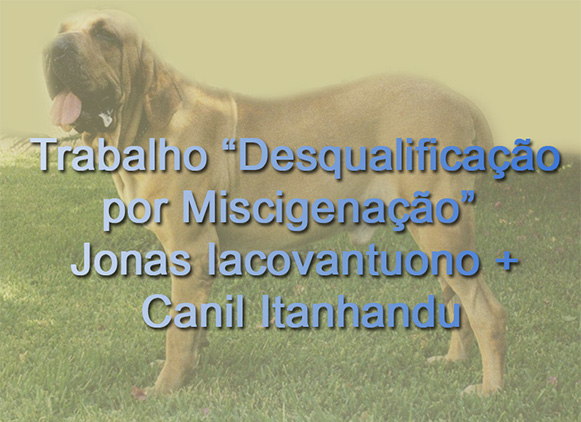